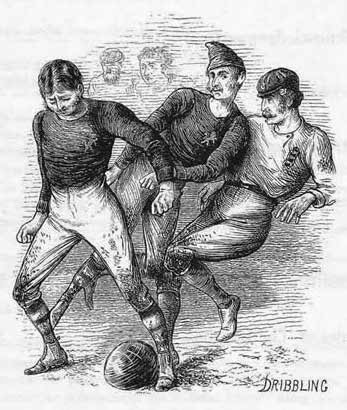 Finally, Germany has won the Soccer Worldcup 2014. Therefore, also our little statistics on soccer will come to an end with the post today. You might ask yourself what kind of data is left for soccer players in Wikipedia and DBpedia. Well, unfortunately only a little. But, we will try to make something out of it. Last time, we've ask for the number of team changes and the correlation to popularity vs. scored goals for soccer players. What is left, if we look at the available data?

We have the data about the years in which the football players were active or have played in their national soccer team. Let's start with the national team years [1]:


Well, it was obvious that the most players have only 1 or two years in the national team. But, there are exceptional players who achieved even 8 years. But, who are these long term players? [2]:

Possibly you will never have heard of Poland's Wojciech Łobodziński or Spain's Santiago Cañizares. Here another flaw in the data becomes visible. There is no such thing as the unique national team. We have "under 16", "under 17", "under 18", and so on... So you start your career already with 15 and after 8 years you would be 23 and possibly be in the "real" national team.

Let's have a look at the active years of players. Unfortunately, here the data is rather messy [3]:

Possibly this is because of people not only writing single year's into the Wikipedia infoboxes, but time spans and other things. In the list above are only the Top 20. Just remove the LIMIT from the SPARQL query and further down you will find more valid data.

OK, let's come to our last problem related to football. Is there a correlation between the height of a player (simply because we have that data) and the number of achieved goals [4]?

It is rather difficult to recognize something in this data. You see heights and the number of goals that player of that height have scored. Fascinating that there seem to be a significant number of players that are taller than 2 meters. I guess that the list leader with 2.43 meters is just incorrect data. Now. this is so many data that we have to visualize it to recognize something....

In the diagram to the left you see the soccer players height (x-axis) vs. the number of scored goals (y-axis). Interesting thing to notice is that the heights approximately show a Gaussian distribution, i.e most players have a "middle" height, on the extremes there are only a few. Well, there seems to be an exception. on the outer left you will notice a large fraction of players with a height of 1.52m with goal scores ranging among 0 to 300. This is extraordinary, because I have no idea what kind of group this is or if there is simply an error in the data again. What I noticed is that among this group there seems to be a larger fraction of female Asian soccer players. Maybe they are responsible for that large number of outliers, but this requires further investigation.

Alas, I want to add one last table. For each player there is the information on which position she or he is playing. Of course Wikipedia authors are far from any sort of agreement how to name the player's position. Thus, there is a rather huge variety. Nevertheless, I will leave you with the table to make any sense from it. Enjoy [5]:

Of course I limited the table to 30 rows. Interestingly, the average height of goalkeepers is larger than for midfielders or strikers. As expected, strikers on the average score more goals than defenders or goalkeepers.

SPARQL Queries and original data:
[1] number of players wrt. to years in the national team
[2] player name and team name of national team players with the longest playing terms
[3] players ordered by number of active years
[4] is there a correlation between soccer player height and scored goals?
[5] is there any correlation between player position, height, and scored goals?
Gepostet von Biblionomicon an 1:13 PM